…. and a funny month it was too.  Obviously, I had a ‘moment’ there at the beginning of the month, after which I took time to ‘get a grip of myself’ and consider what it is that matters most to me.

What does matter:
– Cake.  I have eaten lots and lots and lots of cake.  Some of which has been just delightful, some of which has been plain dreadful and far too sickly sweet.  But I have very much enjoyed trying all kinds of cake!
– Exercise.  It makes me feel better.  It makes me happier.  It also means I can eat cake.
– Husband.  Bit of a no-brainer there, but he does matter, very much!
– People in the real world.  I have had a fantastic month spending time with all sorts of different people.  And rather than worrying about what I should or shouldn’t be doing on these occasions, I’ve actually thrown myself right in to them and even managed to enjoy myself!
– Friendships.  I received some beautiful ‘just because’ flowers from a friend, which was a real treat.
– Crafting of any kind: As I’ve stopped with the social media and those annoying games I have returned to my crochet and am also trying to master embroidery.  Slow progress, but at least I have an end product for my time!
– My health.  I want to be healthy.  So that I can enjoy tomorrow, nothing more!
– Mindfulness and meditation.  I do really enjoy the 15 – 20 minutes a day that I just sit.  I’d miss it now if I didn’t do it.

Things I did during August which involved real people:

– Husband and I went to Cornwall to meet up with friends and spent a fantastic few days at a B&B called Bedlam House in Newquay.  If you’re looking for somewhere to stay I can highly recommend it (not quite too sure about Newquay itself, mind you).  We visited some beautiful places and I ate cake (cream tea to be exact), and fish and chips overlooking the sea!

– I went to watch ‘The Price’ by Arthur Miller at the Theatre Royal in Bath.  Amazing.  I didn’t have a clue what it was about, but it was a play written by Arthur Miller and starring David Suchet and Brendan Coyle – what could possibly go wrong?  This was followed up by a trip to a very nice Gin Bar.  A perfect afternoon out filled with laughter and great company.
– I went to a tapas restaurant, La Bobina, Faringdon with my sister and her family.  The setting is amazing in a converted haberdashers, complete with all the original drawers.  The food was superb and we sampled a wide section of the menu.  Again, I would highly recommend a visit, if you ever happen to be in the vicinity. 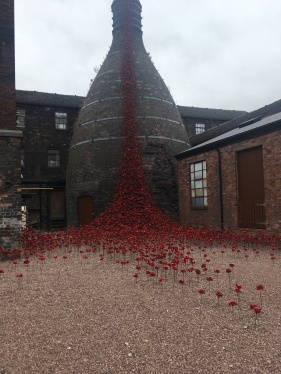 – I went to visit the parentals in Stoke-on-Trent and popped along to the ‘Wave and Weeping Window‘ exhibit at Middleport pottery (of Great British Throw Down fame).  It was fantastic to see the poppies cascading down the bottle kiln and Middleport pottery is a real gem which I’ll visit again when it’s somewhat quieter!
– I met up with two good friends to meet a new addition to the family over tea and more cake.  It was the first time in a long time I had laughed quite so much and it was a real pleasure to spend time with them.
– I tried a couple of different gym classes and really loved them.  It was the first time I have challenged myself at the gym in a long time and I can’t wait to go back to the classes again.  I even spoke to some of the other people at the classes!
– I stopped and had a lovely chat with an old school friend in M&S.  Normally I would have been too shy to approach them, but this time I did and we had a great 15 minutes or so catching up!
– I went to watch Christopher Robin with the husband.  We were a bit concerned because we were the only adult couple in a cinema otherwise filled with children primarily under the age of 10.  It was actually a real treat – there’s nothing quite like hearing children laughing at the end of the day.

What doesn’t matter:
– Facebook:  I think it may have passed its prime.  There’s just a load of nonsense on there now – too many adverts.  I had a good declutter – particularly of those groups that were feeding my obsessive behaviours and I realised as a consequence that there is ‘very little doing’.
– Instagram:  I do enjoy taking the photos – but if I don’t take one every day – it’s not the end of the world.  I’m a bit aim and fire with it all anyway and don’t really have time for editing nonsense!
– Sugar:  Devastating!  I had churros for dessert at La Bobina and had a banging headache within 30 minutes.  I have suspected for a while that sugar is a trigger, but was turning a blind eye to it!
– Alcohol:  If I fancy a glass that’s fine, if I don’t that’s fine too.  What does matter more is my reaction to people who have issues with it.
– Having a coffee everyday – this was a bit of a revelation!  For as long as I can remember husband and I have walked to a coffee shop first thing every morning.  I won’t lie, I don’t think either of us really felt that great for it, as the drinks in well-known coffee shop chains can be a bit large – but it was a nice walk out.  We’ve stopped doing that, we go every now and then, but not every day.  If nothing else, it’s saving a whole heap of money
– Planning my day – at the end of the day, I don’t go to work and so essentially I have 3 time slots: morning, afternoon and evening.  It doesn’t need to be any more scientific than that!
– Setting goals.  Been there, done that, worn the t-shirt, decided it’s not for me. 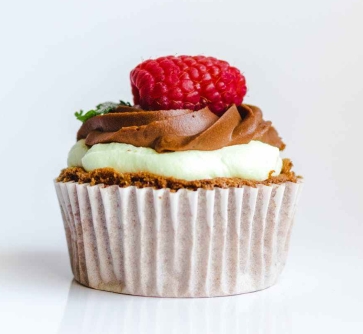 As a consequence I am entering September in a far more positive frame of mind.  I have a new, very pink, journal, which is basically more of a colouring in book than a diary, which I am using to record all the lovely things I have in my life, rather than trying to seek out the faults and imagining things that need improving.  We have also arrived back in Portugal, so I have lots of catching up to do, yoga classes to go to and I anticipate I will find more opportunities to eat cake!

Afternoon walk to the fitness park 🏋️‍♀️🚶‍♀️ Not quite as dramatic as the beach, but you can't beat a bit of blue sky.
It's the end of week 2. This week included:
This afternoon's walk. I was feeling a bit flat today. Not sure why - I can't even blame the full moon 🌕
1 week sober. I have not chosen an easy month to do this challenge.