I said I wasn’t going to introduce more than one thing at once.  I lied.  Last week I had a bit of an epiphany.  I’m currently doing a coaching course called Living a Bigger Life, with Julie Creffield, and this week we were focusing on fears.  What it is that holds me back?  Previously, I’ve spurned this week of the programme, as I don’t believe I am fearful of anything or that anything holds me back.  So why is it, that I’ve spent the last 3 and a half months doing no exercise to speak of and increasing the time I’ve been spending on my backside doing precisely nothing.  If that’s not a fear thing then I don’t know what is.  I still can’t put my finger on exactly what it is I fear but there is clearly something that is stopping me getting out and exercising.

And that got me to thinking.  If you’d asked me 5 years ago, ‘If you didn’t have to work, what would you spend your time doing?’  In a flash I would have said, train for an Ironman and do voluntary work.  Since giving up work, I have dabbled in voluntary work, but I certainly haven’t trained for anything other than the sofa Olympics.

I used to do so much.  I used to go to work full-time, and train for triathlons, after work and at the weekends.  I used to go to a running club once a week, meet up to run on a Saturday morning for a breakfast run, and entered numerous races.  But when I moved to Bristol that all changed.  Yes, work was difficult, but I also struggled to find my tribe.  I had the best group of people to exercise with in Stoke-on-Trent, at a similar fitness level and with a similar reason to exercise and I had a great time.  We had amazing meals and picnics after races – exercise was about sharing time with each other – getting a PB was an added bonus.  I tried several different clubs in Bristol, but they were all just that bit too competitive, the social aspect seemed to be lacking and it was just not as much fun. There’s only so many times you can be left at the back of the pack before all motivation to continue is lost. On top of that I sustained an injury running the Stafford Half Marathon a few years back, and the minute I started to push my pace or increase my distance my ankle started to flare up.

Having said that, in my first job in Bristol I did cycle the commute to work.  It didn’t take long for me to work out that it was actually quicker to cycle the 5 miles to and from work than it was to drive it – and the school had really good showering facilities for staff.  That daily commute meant I maintained some level of exercise.  I have also maintained a gym membership whilst I have been living in Bristol, but haven’t really made the most of it, until this past year when I have started attending yoga classes on a regular basis.

In addition to the problems mentioned above, movement between Bristol and Portugal has also impacted my exercise.  I tried running here – but the difference in terrain played havoc with my ankle.  I’m a typical English Rose and really can’t cope that well in the extreme heat, so exercise is a bit of a no, no, unless I go out very early or very late.  I struggle to get up and exercise at 6:00am in the morning – the connection between brain and legs doesn’t seem to function that early in the morning!  I’ve tried cycling here – but besides the issue of the heat I also struggle with confidence on the roads – from packs of wild dogs to idiotic drivers!  I fail to maintain momentum in exercise in Portugal and this time, it’s been really quite extreme.  It’s also taken me a long time to find a yoga class that I really enjoyed going to.  As a consequence, since I arrived here in March, I have only been to 11 yoga classes, 2 sessions at the swimming pool and 1 bicycle ride.

So, this week’s realisation that I do actually have the time to train for an Ironman was quite thought provoking.  Due to logistical issues, some health issues and financial constraints, I can’t really train for an Ironman at the moment and it may well remain one of those dreams that never turn into reality.  But if I have the time available for that amount of training, then I have more than enough time available to exercise for a minimum of an hour a day.  I can still cycle, I can swim, I can Nordic Walk (I have a bag of poles in the garage – another story), I can practice yoga – and there are no excuses.  Everything I have written about above is, in fact, an excuse.  No, I can’t run – but I can still do other forms of exercise.

So today I went out on my bicycle for the first time since arriving in Portugal at the beginning of March.  Tomorrow I am going to go for a swim.  The temptation to leave doing anything until the end of the week when I am back in Bristol was immense – but I’ve put off exercise for over 3 months now – the time has come to move.  I have a few days mid-week where exercise will be difficult, but by the end of the week I will be back in the position where I can do some exercise every day.  My only problem is going to be not overdoing it!

On 28th May I turned 47, which I concluded is a bit of a non-descript age – too old to be in my mid-forties, but too young to be ‘nearly 50’.  However, it did make me realise that I only have 3 years to go to the next big milestone birthday and got me thinking.  The best way to describe myself is ‘fair, fat and forty-something’.  I don’t want to be ‘fair, fat and fifty’ – clearly there is not an awful lot I can do about the fair and the fifty part!  Over the past week I’ve been reading ‘A Year of Less‘ by Cait Flanders, the premise being to live a year of spending less money and really thinking about what she is spending money on and why.  This got me to thinking – what could I change between now and my next birthday to try to tackle the ‘fat’.

Being realistic – I’m not hugely overweight, as like many people I could do with losing a bit of weight – but my major complaint is that I do feel unhealthy.  Often I feel quite sluggish and as if I’m walking through treacle, some days I really struggle to get going and I am fairly confident that what I put into my body is a key factor in this.   I know I could be healthier and my birthday was the trigger to change.  And there is not getting away from the fact that I am a woman of a certain age and the big ‘M’ word is looming on the horizon!

Unfortunately, in the two weeks since my birthday I have changed precisely nothing – and so I am starting again from today – 11th June!   Husband is a great believer in doing things one step at a time.  There is little point in my changing everything at once – how will I know what works, what made me feel better, if I do it all at once.  During the course of the year I am going to try cutting out certain foods and drinks, adding in other foods, increasing the amount of exercise I do, taking different supplements and also trying some alternative therapies to see what the impact is on my general health and wellbeing.

Obviously – in order to measure this I need a benchmark!  I don’t use scales so can’t use that as a measure, but do have other variables that I can monitor. 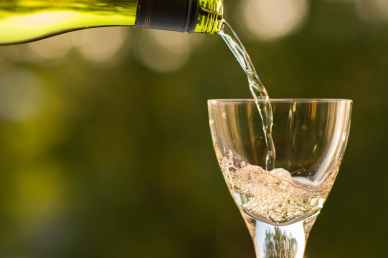 This month I am focusing on cutting out alcohol – and thus far have not done a very good job at it!  I really don’t drink vast amounts – but the impact on my body is as though I do.  This past Friday I had a glass of wine with my lunch.  We went out in the evening and I had one cocktail and two large glasses of wine, interspersed with a few glasses of sparking water.  I lost most of Saturday because of how awful I felt – as in bone crushingly awful – I had a headache, I ached all over, I had no energy and just wanted the day to pass me by.  Why, therefore, do I do this to myself?  I genuinely wish I knew the answer.

I know that I went all the way through university without drinking a drop.  Followed by time spent in America, followed by getting married and settled at home, followed by a subsequent divorce and moving back to my home town.  All of this was achieved without drinking a drop of alcohol.  I knew what the consequence was and chose not to drink.  I can even remember key events where I was persuaded to drink and how they were ruined: a friend’s hen night which I missed because I had one glass of champagne early in the evening; another friend’s wedding where I spent the evening familiarising myself with the ladies because I’d had wine with the meal.  Even now, I have crushing headaches as a consequence of drinking one or two glasses of wine.

I’ve given this some thought – and I don’t like to continually blame teaching for everything – as clearly I have a choice in the matter.   But I increasingly turned to the odd glass of wine (and more than the odd packet of Haribos) as a mechanism to cope with the pressures of the job, particularly in one challenging school.  At that point I can only think that I really didn’t care what the impact was on my health – or that I was in so much of a fog anyway that I didn’t really notice the effects of the alcohol.  Either way, I was drinking an increasing amount.  Again, it’s not huge amounts, it probably amounted to one bottle of white wine per week – but the consequences of that wine on my body, it might well have been one bottle per day.  But then, I think it became a social thing – I finally ‘got’ why people drank when they got to the pub, and how it does make an evening more enjoyable, but each and every time it came with a consequence.  A consequence that I’d now like to banish.

Husband has another theory – that you have to reach a point that you want to change – if you’ve not reached that point then there is little point in trying as more than likely you will struggle to succeed.  My 47th birthday was that point.  I don’t want to feel like this at 50.  Julie Creffield of The Fat Girls Guide to Running also has a theory.  That you must have accountability – that you have to put yourself out there loud and proud for the world to see.  So writing this today is me being visible and me being held accountable.  I do genuinely want to see what the impact is of these changes and experiments on my health and well-being.  I anticipate some will make no difference whatsoever and some may have more of an impact than I ever thought possible.  So, besides giving the alcohol a miss for a while, I’m also going to commit to posting more photographs of myself, being visible in my own life.  Hopefully, that will also serve as a measure of my journey from here to healthy.